Warning: this is not a “miracle of birth and life” post. This is an I think pregnant women are sexy and I know others do as well piece. Just saying.

All about as physically enticing as dissecting a fetal pig in Biology. And oddly enough, the classes were held in the same lab.

Mix that with some shame-based instruction on teenage pregnancy, and you’ve summed up my early sexual experiences.

So when my wife became pregnant (thank-you Novotel mini bar in Brussels),Â  my elation was tempered by an anxiety over how her body would change — and the associations I had with pregnancy. I wasn’t sure what to expect or how I’d respond.

Imagine my surprise when I found it all quite alluring.

Pregnant women are sexy — and I’m not some pervy writer cackling over his keyboard. Okay I probably am, but a lot of other men find pregnant women damn appealing too. This isn’t strictly a male perspective either. Many pregnant women claim to feel sexy as well.

Why? Well, from my own perspective and a brief online foray, here’s my list of possible reasons:

That photo brings me to my next point.

None of this is universal, of course. I know a few guys who were not (as) attracted to their pregnant spouses. And there’s always the whole “what if I accidentally nudge the baby” thing. Understandable, I guess.

My experience is these people are in the minority — though this does not discount them. But from where I sit, or stand, or drag my knuckles while I walk, a pregnant woman can be astonishingly wondrous. Especially a confident one.

As was the case those few years ago with my wife, and continues to be today.

Harry Tournemille writes from his kitchen table at home — where the common lines of decency often seem rather gray. 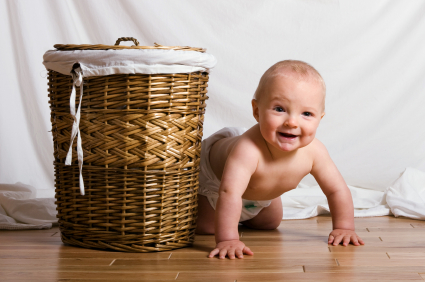 How You Can Influence Your Unborn Baby