Preschool – Learning Tool or A Way to Maintain Sanity?

‘Round August, the lineups begin. Phone calls, online research, word-of-mouth conversation at the playgrounds and water parks (much to my dismay). Preschool – the next step to perfecting your child’s success in the world. Or maybe it’s just a way to maintain a parent’s sanity.

A somewhat exaggerated, but wholly plausible argument for preschool:

Uber-Dad #1 – Well, I just want my little Archibald to be fully prepared for Kindergarten. I also have him enrolled in introductory dialectics once a week, and Memorizing Kant for Kids on Saturdays. He’s just so gosh-darned bright.

Manic-Mom #47 – My little Fauntleroy finished those classes when he was 8 months. Now I have him translating the Latin Vulgate into one of the Flemish dialects of Dutch before taking him to his jiu-jitsu. Preschool is just a place for him to establish his dominance over other children.

A flick of the hair. The air sniffed for further competition. And the two parents leave in a huff.

Right — so, I’m being a bit of a prick here. But amidst the constantly competitive nature of parent-to-parent conversation, the most often-used reason for preschool is a means to intellectually prepare one’s child for elementary school.

Remember Kindergarten? Remember how mentally and physically taxing it was? Negotiating the indoor sandbox, remembering the words to Fred Penner songs. Trading your bologna sandwich for another kid’s grape juice box. Brutal.

That’s sarcasm, folks. And I’d bet a ham sandwich kids who enter kindergarten with or without preschool, pretty much exit around the same level at the end of the year. So maybe there’s something disingenuous about this rationale.

A more accurate conversation people should have:

Fed-Up Mother #23 – If I hear my kid whine about the color of his toothpaste one more time, I’m going to place him in a box and ship him off to New Brunswick. Who talked me into having three? Well, I’ll be damned if I don’t put at least one of them in pre-school just so I can retain a shred of my identity.

Male Pattern Baldness Dad #88 – I’m not kidding; I had a full head of hair three years ago. Lush and wavy as all hell. Now I’ve got gray chest hair. Â And the other day, Redmond here told me that I smelled like a giraffe. A bleedin’ giraffe. This kid is going to preschool. I’d take him tomorrow if it wasn’t Sunday.

I find the latter arguments much more compelling. Why? They move away from pre-set ideals to a gut response based on survival. Parenting is difficult and often frustrating. Moms and Dads alike lose a huge part of their selves in the constant responsibility of raising a child.

And in spite of their diligence and efforts, there will always be things that a they cannot provide for their child — not in the direct sense. Socializing among peers, for example.

Think about it. A day spent with your kid, at their level. The rudimentary experimentation, the fascination with small, inflexible objects. It’s beautiful and charming — and enough to make you chew your own elbow after you’ve done it for three hours.

Kids need their peers to play alongside or, on occasion, with. And if they’re not getting that peer relating, then perhaps preschool is a good idea. Because you’ll probably go off the deep end at some point if you have to become “child-like” too often.

So yes, in my less-than-humble opinion, preschool can be necessary. Though perhaps not for the more common reasons given.

Harry Tournemille writes from home, where he also apparently chews his own elbow on occasion. 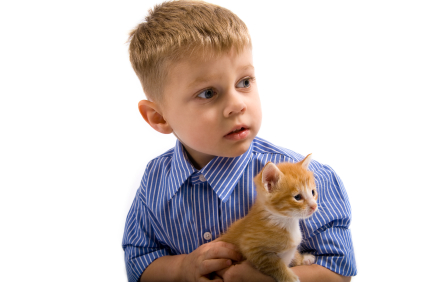 My Baby isn’t crawling yet, could there be problems?

Top Dad Movies of All Time