Although he never explained why, Dad loved camper vansâ€”which, in a way, meant we all loved camper vans. We were thrilled with the idea of having a playhouse on wheels. Inside, a self-contained world: a tiny sink and fridge, tweed curtains to cover the windows, seats that turned into couches and beds. If you looked up, you could see the edges of a vinyl tarp that extended into a hammock when the roof was raised. The van embodied my father; my father embodied the van. Both stood tall, appeared dependable, and took a fair amount of grit to handle.

Inevitably, the ownership of a camper van leads to camping. Dad was not a camper – not in any way, shape, or form. A schoolteacher who worked more often than not, he wasnâ€™t prone to spending his free time by increasing his exhaustion. But he was susceptible to influence, and over time, he became convinced he should at least take the van into the woods and test its merits. The perfect opportunity arrived when one of my uncles announced an outdoor wedding. The journey would take all day, and Dad decided the best way to break it up would be by making a camping adventure out of it. He announced this at dinner, palms flat on the table.

â€œI could borrow a camp stove from the neighbors,â€ he explained. â€œWe could have hot chocolate.â€

Mom looked at him in surprise. All three of us kids hooted our approval and began planning items we wanted to take along. Our first family road trip. Unbeknownst to us, it would also be our last.

What’s great about this road trip is how snippets of memory can weave a narrative. I remember we crawled out of bed early, loaded the van up with supplies, and hit the road all before the sun was fully over the mountains. I remember asking how long until we got to camp, and Dad announcing the campout would happen after the wedding. A reward for surviving the day, but we had to get there first.Â  I remember dozing in and out with the drone of the van’s engine, which sounded like it was right inside the vehicle with us. We passed a large lake where windsurfers bounced over waves. We stopped briefly at a long, ropelike waterfall so tall the water seemed to dissolve into mist around us. Sometime in the afternoon we arrived at an outdoor wedding, where we changed into uncomfortable clothes and sweated out our anticipation in the sun.

The wedding endedâ€”what kid really remembers when? We were all tired, my father was grouchy, and suddenly the thought of not sleeping in our own comfortable beds back at home was no longer favorable. Rain spit from a few clouds as we loaded into the van, and by the time Dad pulled into our campsite, a cozy gravel pitch under a canopy of cedar and pine, for the night, the rain was unrelenting. It was as if some divine beast had picked up Okanagan Lake and turned it over onto us. Rain cascaded from the tree branches, pummeled the roof of the van, saturated the earth to the point where it could no longer drink up what was given. We stared out the windows in awe. Everything around us muted in sound and color.

â€œI have to pee,â€ my sister Janina said. â€œThe rain’s making it worse.â€

It never dawned on us that a bathroom would be handy in a camper van. My mom sighed and pulled out a parka from her bag. She bundled Janina up, threw open the van, and made a mad dash in the semidarkness to what looked like an outhouse. Dad lit a cigarette and blew smoke out the small crack in his rolled-down window. When Mom and Janina returned a few minutes later, they looked like drowned rats. Dad chuckled when he saw Mom. He straightened his shoulders.

â€œIt’s a little rain. Makes the air smell good,â€ he said to everyone and no one at the same time. â€œWhat we need is hot chocolate.â€

With that, my father piled out of the van, into the maelstrom, and hurried to the back. His frantic movements made us giggle. He yanked open the sliding door and pulled out a box. He found a rain-slicker with a hood and put it onâ€”a useless feat by now, as he was already soaked through. His cigarette hung like a wet noodle from his mouth. Out of the box he pulled the camp stove and accessories and a coffee pot. He was manic now, and we were both scared and excited by his intensity. Mom kept shaking her head in amazement.

â€œWhen he sets his mind to something,â€ she murmured.

She ordered us into our pajamas, and we complied, always with an eye out the window on our father. He struggled to get the stove together. A connecting hose seemed stuck, and we watched his mouth work a variety of curse words while he fiddled with it. Finally everything clicked into place and he pulled a lighter from his pocket to light the burner. He flicked the lighter and held the small flame to the mouth of the burner. Nothing. He adjusted the flow, tested the white gas supply, and tried again. Nothing.

Janina asked what was taking so long. Mom told her to hush. My dad gave the stove a swat and tried one last time. Whooooshâ€¦the sound I remember most. Whoosh and flames shot up into the air. Dad leaped back. It was straight out of the movies I watched when my parents were asleep and I sneaked downstairs to turn on the cable. Flames and flailing limbs, though Dad was not on fire. He lashed out at the stove and knocked it to the ground. Flames engulfed the stove now, and were it not for the soaked ground I am quite certain the entire Western Hemisphere would have been reduced to ash. Of greater concern, though, was the immediate reality there would be no hot chocolate.

The fire eventually burned itself out. Dad heaped dirt on the stove, a mock burial of something that was not his by real world or metaphor. He spit his soggy cigarette to the ground and walked carefully to the van. He opened the sliding door and stepped inside. Immediately the interior of the van was filled with his presence, and we waited for him to speak.

â€œI guess it’s bed,â€ he said, reaching to undo the latches and pushing the pop-up roof into place. High above was a hammock that I was supposed to sleep in. It may as well have been on top of a mountain. Dad took one look at me and sighed, stripped out of his wet clothes. He and Mom arranged the little seats into beds and tucked us all in. The van creaked and rocked as Dad climbed up into the hammock. He muttered and tried to get comfortable. The hammock looked like it would split apart at any moment, and I was grateful my sister was underneath and not me.

â€œWhat are we doing tomorrow?â€ I asked.

â€œCan we have breakfast first?â€

â€œCan I have hot chocolate with my breakfast?â€

Lights turned off and the van filled with the sound of rain and the occasional flash of lightening. Thunder groaned above the trees. One of my sisters whispered to me.

â€œI don’t think the campfire was supposed to be like that.â€

â€œJust like when he tries to barbecue at home.â€

Above, in the hammock, the sound of my dad snorting laughter as we drifted off.

The 2012 Toyota Sienna elevates the minivan to a whole new level. Itâ€™s the perfect blend of comfort, convenience and contemporary styling. To find out more about the best all-inclusive family vehicle, Click Here.

**Disclosure: This post was brought to you by Toyota via Glam Media Canada. The opinions expressed herein are those of the author and are not indicative of the opinions or positions of Toyota. 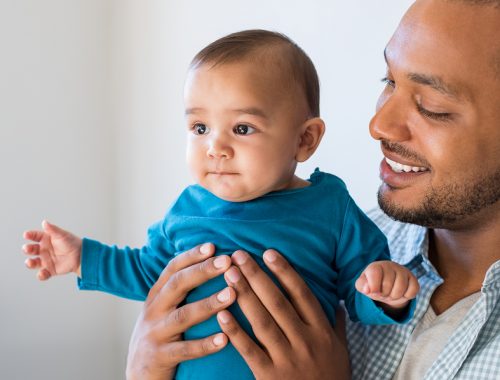