According to the most recent U.S. Census, one in three kids lives in a home where the biological father isnâ€™t present. This startling statistic has clear repercussions in many ways: kids who donâ€™t have a good paternal role model are more likely to live in poverty, engage in criminal activity, and drop out of school. Being a dad myself, itâ€™s a humbling concept, that I, as a father, am so important to the future of my children. Dads are extremely important to the development of their kidsâ€™ intellectual, emotional, and social health.

Influence on Kids of Both Genders

Dads profoundly influence the development of both their sons and daughters. As the central male role model in their childrenâ€™s lives, sons will usually want to be like their fathers, looking to them for how to behaveâ€”as long as their dads treat them well. Boys with positive relationships with their fathers are more likely to have strong bonds with their own sons in the future. Girls, on the other hand, learn what to expect from men, regarding how they treat the girl in relationships, from their dads. Women who are professionally and personally successful typically have been brought up by secure, accomplished dads.

Dads play a major part in their kidsâ€™ learning experiences. Babies with supportive fathers who are also actively involved in their daily care are more liable to have higher IQs and better cognitive abilities. Dads that are nurturing will produce children that have higher intellects and better verbal skills, as well as better abilities handling academic stresses. Involved fathers are also associated with children making better grades in school.

Parents must strive to foster psychological and social development during the raising of their children, and fathers have a major impact on that development. Research has discovered that children who have supportive, positive male role models in the home are less liable to develop depression. Dads who are actively involved in the rearing of their children help them to be more assertive, independent, self-confident, and have better social skills. A good, strong father-child relationship also helps young children to learn how to regulate their behavior and emotions better.

So what do dads need to do? Those are pretty hefty shoes to fill, no pressure, right? Well, it turns out that the best thing a dad can do is just to be there. Give them your time. This shows your children that they are loved, as well as supporting their healthy development in various areas. Play with them, which is both fun and provides opportunities to bond. Dads who do projects and chores with their children teach them responsibility, which contributes to the development of self-confidence. Dads who keep their cool and rein in their emotions are less prone to have children who are aggressive and negative toward their peers.

And you know what? Spending time with you kids and being a good dad is fun, too. 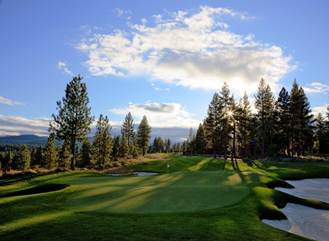