Princess Cruises, the Official Cruise Line of the Seattle Seahawks has announced the players and alumni joining the â€œSail with the 12s â€“ A Seahawks Fan Cruise,â€ offering fans the exclusive opportunity to hear players talk about off-season moves, the 2015 game schedule and their favorite memories as a Seahawk. This seven-night Alaska cruise over Fatherâ€™s Day departs Seattle on June 20 aboard Crown Princess.Â

Before the cruise ship departs Seattle, â€œSail with the 12sâ€ will kick off with a spirited onboard rally featuring a special guest appearance from Seahawks Wide Receiver Doug Baldwin, where 25 lucky fans joining the cruise will meet him. In addition, the rally will feature performances by the high energy Blue Thunder drumline, the lively Sea Gals and include a special 12 flag-raising ceremony.

â€œPrincess Cruises is thrilled to bring some of the most decorated and popular Seahawks players aboard our first fan cruise celebrating the spirit of the 12s,â€ said Gordon Ho, senior vice president of global marketing for Princess Cruises. â€œThe cruise will bring together some of the most passionate players and fans on an unforgettable voyage to Alaska. And, what better way to celebrate Fatherâ€™s Day than aboard this ultimate fan cruise!â€

Guests will enjoy the following onboard activities during this special cruise:

The cruise to Alaska will feature spectacular glaciers, abundant wildlife and the areaâ€™s incredible natural beauty with stops in Juneau, Skagway, Ketchikan, and Victoria, B.C., with scenic cruising in Tracy Arm Fjord.

Fares for this cruise start at $799 per person. Additional information about the â€œSail with the 12sâ€ cruise can be found at princess.com/seahawks. The official hashtag of the cruise is #SailWithThe12s.

Additional information about Princess Cruises is available through a professional travel consultant, by calling 1-800-PRINCESS (1-800-774-6237), or by visiting the company’s website atÂ princess.com. 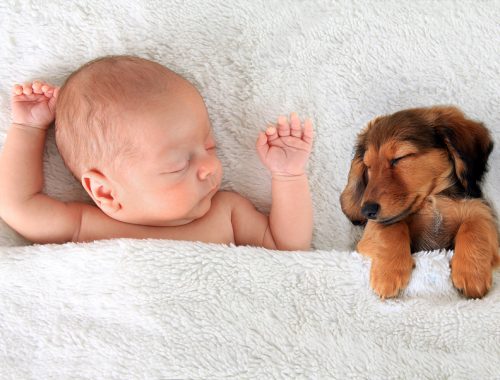 What You Need to Know About Dogs and Kids

When Your Daughter Grows Up